Today to meet out malnourishment and malnutrition are popularly termed as food security is the major issue in the world and to eradicate this issue many initiatives has been taken by different entities but till now target has not been achieved. So let's think once what will be the malnourishment and malnutrition status of the animals. Animal always serve directly and indirectly to farmers and whole world in many way to meet food security but animal's food security is not taken into the account up to the mark. Animal husbandry is the one of the crucial benefited additional income activity for farmers. Animal husbandry cannot successful without proper feeding of nutritional feeds and fodder. Now it has been realized and practically found by farmers that Fodder Development is one of the major assistant to livestock development. Now most of the farmers have adopted fodder development in Odisha who are frequently demanding for fodder seeds and other requirement material.To meet the farmers demand BAIF-Odisha has startet Fodder Development Programme in collaboration with OLRDS, Govt.of Odisha since 2010. Farmers found fodder development as backbone for livestock development and realized higher income from animal husbandry as a result more farmers are showing interest in fodder development. Therefore BAIF-Odisha always tries the best for continue the journey of fodder development to ensure nutritional security of animals.

Cattle and buffalos require balnce feed and nutrients for reproduction and milk production. Pregnant, lactating and young animals also require sufficient nutrients. Considering that fodder is an essential part for cattle, BAIF-Odisha has started promoting fodder development programme under ILDP-Kalyani with 20 fodder development clusters which covers 100 Cattle Development Centre. In this programme seeds of Maize, Bajra, Stylo, Sorghum and roots of Hybrid Napier is being provided to the interested farmers who have requisite facilities for fodder cultivation. It decrease the cost for production of milk and have fodder availability round the year to farmers.

The activities which are Under taken in Fodder Development Programme are: 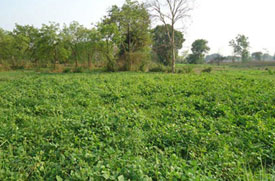 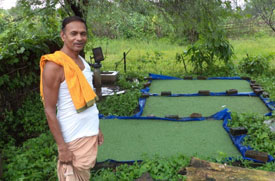 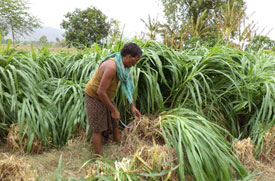 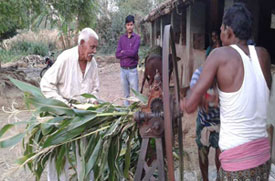